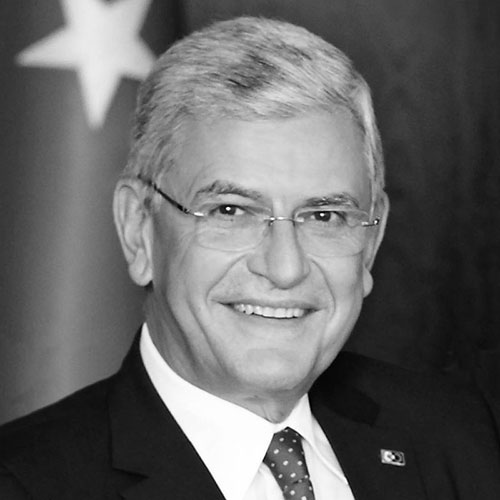 In July 2018, Volkan Bozkır was elected for the third time as the Chairman of the Foreign Affairs Committee of the Grand National Assembly of Turkey. Prior to this, he served as the Minister for EU Affairs and the Chief Negotiator (2014-2016). He has held several positions during his 39-years professional career including Vice Consul of the Consulate General in Stuttgart, First Secretary of the Embassy in Baghdad, Ambassador in Bucharest and Permanent Representative of Turkey to the EU.