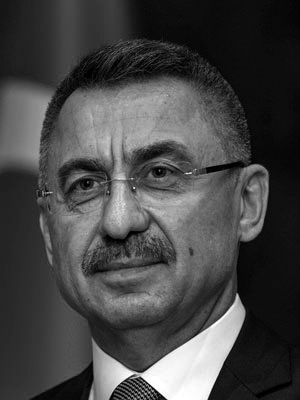 Vice President of the Republic of Turkey,

Fuat Oktay was born in Yozgat, Turkey in 1964. He received his master’s degree in Business and Manufacturing Engineering and his Ph.D. in Industrial Engineering from Wayne State University in the United States. Following his return to Turkey, he served in a number of academic, business and political positions including as Vice-Dean and Head of the Business Management Department at Beykent University; Deputy Director General responsible for Strategic Planning and Business Development, Sales and Marketing, Production Planning and Information Technologies at Turkish Airlines; President of the Prime Ministry Disaster and Emergency Management Presidency (AFAD) and Undersecretary to the Prime Minister. He was appointed as Vice President on July 9, 2018.