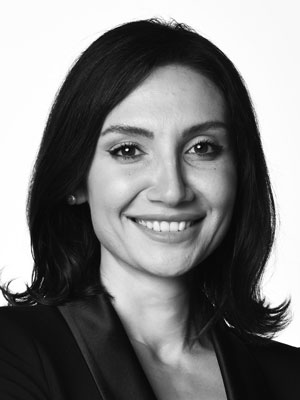 Afşin Yurdakul is a Turkish journalist and news anchor. She has hosted and executive-produced prime time current affairs programs for Turkey’s Habertürk News Network. Afşin was previously the network’s chief foreign editor. She reported extensively on national security, Turkish-American relations, and the Syrian refugee crisis, and has conducted interviews with prominent Turkish and international figures. Afşin wrote about Turkey and the Middle East for a variety of publications including The New York Times, Foreign Policy and Newsweek, among others. She has moderated panels at high-level international conferences including the World Economic Forum’s Middle East and Davos meetings. Afşin holds an M.S. from the Columbia University Graduate School of Journalism, and is the first Robert L. Long Fellow at the Nieman Foundation for Journalism at Harvard University.​