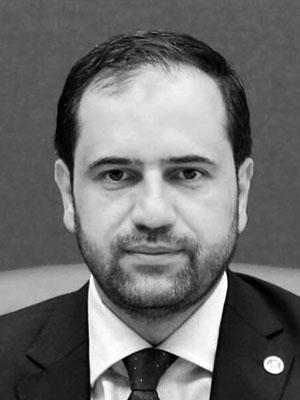 Member of Parliament, AK Party; Deputy Head of the Turkish Delegation to the NATO Parliamentary Assembly,

Ahmet Berat Çonkar is a Turkish Parliamentarian from the ruling AK Party. He is also currently the Deputy Head of the Turkish Delegation to the NATO Parliamentary Assembly (PA) and a member of the Foreign Affairs Committee. He has been elected as a Member of Parliament from the Province of Istanbul in all four general elections held since 2011. From 2009-2011, he served as a Foreign Affairs Advisor to the Speaker of the Grand National Assembly of Turkey. He has also served as the Deputy Chair of Foreign Relations for the AK Party. Çonkar, who has served as the Co-Chairman of Turkish-Russian Civic Forum since 2014 speaks fluent English and has a working knowledge of Spanish.