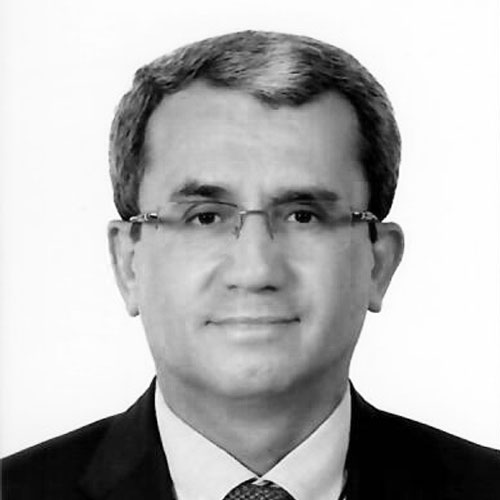 Ahmet Yıldız is an Ambassador and Deputy of AK Party and Chairperson of the Turkish Delegation to the Parliamentary Assembly of the Council of Europe. He graduated from Ankara University, Faculty of Political Sciences, Department of International Relations.

Within the framework of his central duties at the Ministry of Foreign Affairs, he worked in the departments responsible for the Middle East, Iraq intelligence, Consulate and Protocol. He served as Attaché at the Tripoli Embassy, Deputy Consul at the Stuttgart Consulate, Consul General at the Houston Consulate, and Undersecretary at the Damascus and Riyadh Embassies. He served as Turkey’s Consul General in Jeddah between 2006-2008, Turkey’s Consul General in Mosul between 2009 and 2011, and Turkey’s Ambassador to Sarajevo between 2011 and 2014. In 2014, he was appointed as the Chief Foreign Advisor to the Prime Ministry, and after the Presidential elections, he was appointed as the Chief Foreign Affairs Advisor to the Presidency. In July 2016, he was appointed Deputy Minister of Foreign Affairs. Yıldız has been the chairperson of the Turkish Delegation to the PACE since 2020 and the Turkey-Libya Parliamentary Friendship Group.