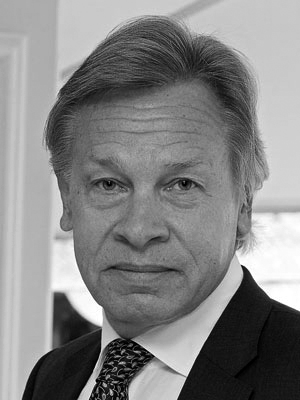 Chairman of the Commission on Information and Media of the Federal Assembly of the Russian Federation,

Aleksei K. Pushkov is currently the Chairman of the Commission on Information and Media, Council of Federation, Federal Assembly of the Russian Federation. He is also an author and television anchor for Postscriptum, TV Centre and Russian TV Channel 3. Aleksei K. Pushkov has published more than 400 papers and analytical articles on foreign policy, and he has served in several positions in the Russian government. He is a specialist in media and diplomatic relations and was the Speech Writer for General-Secretary Michael Gorbachev.