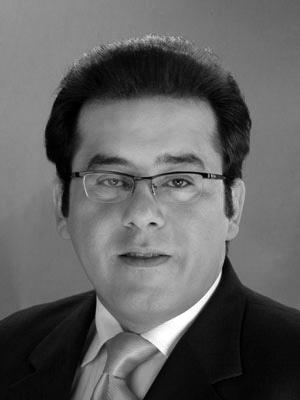 Leader of the Ghad el-Thawrah Party and Former Presidential Candidate of Egypt,

Dr Ayman Nour is an Egyptian politician, a former member of the Egyptian Parliament and founder and chairman of the Ghad el-Thawrah Party. In 2005, hours after announcing his intention to run for the Egyptian Presidency, he was arrested and removed from the Parliament building. In the 2005 Egyptian presidential election he came in second among ten candidates. He was again subsequently arrested and spent four and a half years in prison. He was a leader of the January 25th protest movement that led to the removal of long time Egyptian President, Hosni Mubarak.