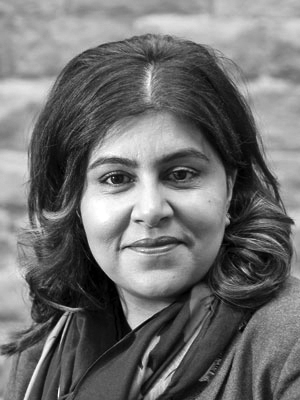 Former UK Minister and Senior Member of the British Cabinet,

Baroness Sayeeda Warsi was the first Muslim to serve as a cabinet minister in the British government. At age 36, she was elevated to House of Lords, making her the youngest member of the upper house at the time. In August, 2014 she resigned from Government citing the Government’s “morally indefensible” policy on Gaza. Sayeeda is Chair of the Baroness Warsi Foundation, a Trustee of the Savayra Foundation, Pro Vice Chancellor at the University of Bolton, an Advisor to Georgetown University Washington DC and Visiting Professor at St Mary’s – the oldest Catholic university in the UK. Baroness Warsi’s first book, ‘The Enemy Within: A Tale of Muslim Britain’, has been billed as “a vital book at a critical time…a seminal text on British Muslims”.