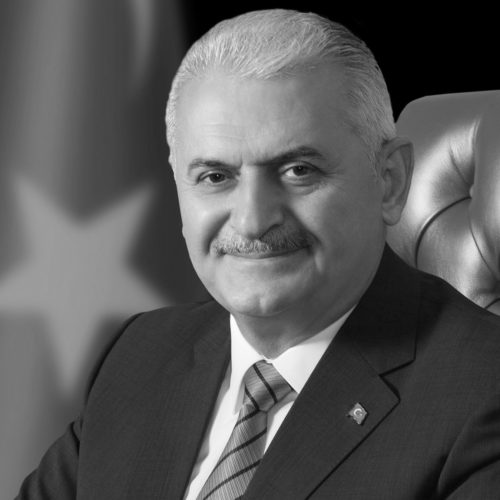 President of the Grand National Assembly of Turkey,

Binali Yıldırım was elected as President of the Grand National Assembly of Turkey on 12 June 2018. Before taking on his current post, he served as the Prime Minister of the Republic of Turkey (2016-2018), a position to which he was elected on 22 May 2016 by the governing Justice and Development Party (AK Party) during an extraordinary party congress. Binali Yıldırım is the longest-serving Minister of Transport, Maritime Affairs, and Communications in Turkey’s history, serving more than 11 years as a Cabinet Minister and as a Member of Parliament for Istanbul of the ruling AK Party. From 1994 to 2000 Mr Yıldırım was the General Manager of Istanbul Fast Ferries Co. Inc. (IDO). During this time, he materialized important projects that facilitated an increase in ferry traffic, helping to significantly ease vehicle congestion in Istanbul. In 1999, He was honoured with the ‘Skal’ Quality Award for his contribution to sea transport and tourism.