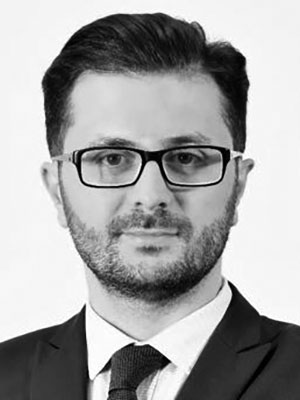 Coordinator, Brussels and Director of European Studies at SETA Foundation,

Enes Bayraklı earned his BA, MA and PhD from the Department of Political Science at the University of Vienna. From 2011-2013, he served as Deputy Director at the Yunus Emre Turkish Cultural Centre in London. Mr. Bayraklı also served as the founding director of Yunus Emre Turkish Cultural Centres in Constanta and Bucharest. Currently, he serves as the Director of European Studies at SETA foundation. His research interests include Islamophobia and far-right movements in Europe, the transformation of Turkish foreign policy, foreign policy analysis and German politics and foreign policy.