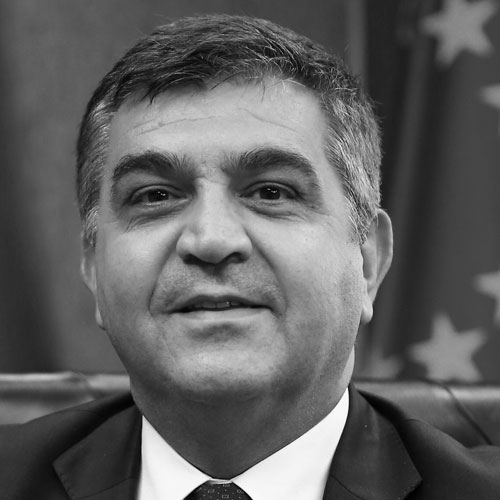 Deputy Minister of Foreign Affairs and Director for EU Affairs  ,

Ambassador Faruk Kaymakçı assumed office as Deputy Foreign Minister of Foreign Affairs and Director for EU Affairs in August 2018. He is holder of Bachelor’s degree from Ankara University and two Master’s degrees from the London School of Economics and the College of Europe.

In 1994, he joined the Turkish Ministry of Foreign Affairs where he worked on multilateral economic organisations, the Balkans and the EU. He also served as the Chief Foreign Policy Advisor at the EU Ministry.

His previous missions abroad include Tripoli, Kabul (NATO Office) and Brussels (Turkish Perm. Del. to the EU). He also served as the Consul General of Turkey in Basra, the Ambassador of Turkey to Iraq and Permanent Representative of Turkey to the EU.

Ambassador Kaymakçı is holder of the NATO Medal for his service in Afghanistan and was selected as one of the three Alumnus of the Year 2007 from the College of Europe.