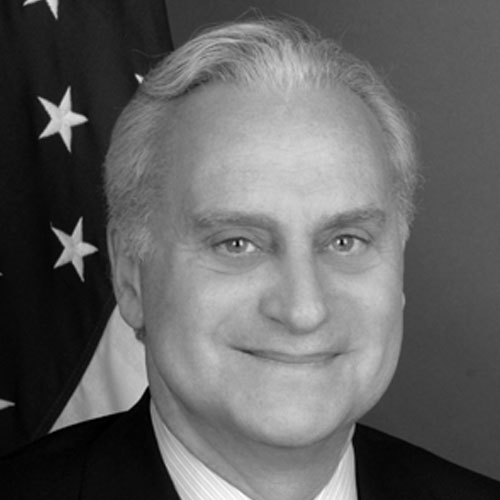 Francis J. Ricciardone was appointed the 12th President of the American University in Cairo and began his term on July 1, 2016. He previously served as a US Foreign Service Officer from 1978-2014, including appointments as US Ambassador to Egypt, Turkey, and the Philippines, and Chargé d’ Affaires and Deputy Ambassador to Afghanistan. After graduating from Dartmouth College Summa Cum Laude in 1973, he received a Fulbright Scholarship and taught in American international schools in Trieste, Italy, and Tehran, Iran. From 2014-2016 he was Vice President of the Atlantic Council and Director of the Rafik Hariri Center for the Middle East. He was a distinguished scholar at the US Institute of Peace in 2008-2009. He speaks Arabic, Turkish, Italian, and French. He is married to Dr. Marie Ricciardone, a molecular biologist.