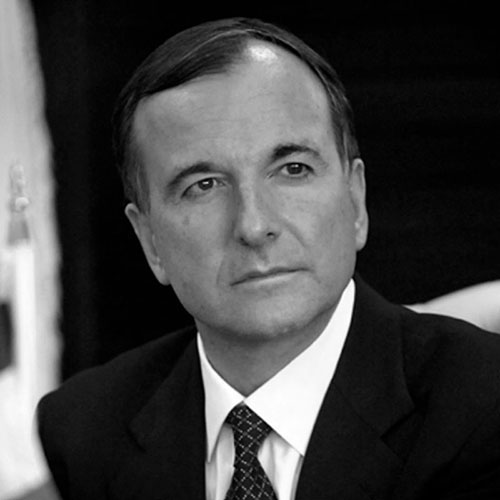 Franco Frattini is an Italian magistrate and President of the Italian Society for International Organisation (SIOI), a non-profit organisation working under the supervision of the Ministry of Foreign Affairs. He is currently serving as the Special Advisor to the Serbian Government for EU Integration. He twice served as Italian Foreign Minister (2002- 2004 and 2008-2011), and as Vice-President of the European Commission and Commissioner for Justice, Freedom and Security (2004-2008).