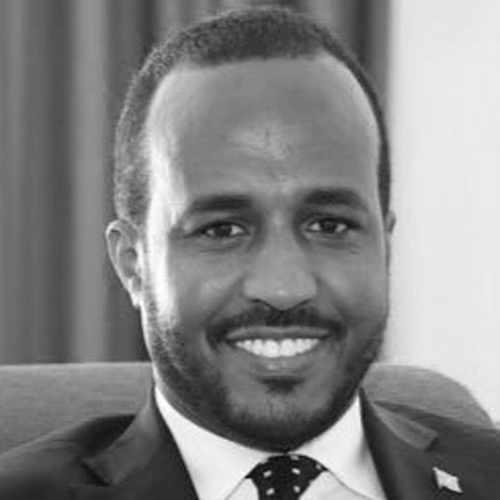 Ambassador Gamal M. Hassan is the Minister of Planning, Investment and Economic Development of the Federal Government of Somalia and a member of the Federal Parliament. Prior to this, he served as the Ambassador Extraordinary and Plenipotentiary of the Federal Republic of Somalia to the Republic of Kenya. In 2016, Ambassador Hassan was concurrently appointed as the Ambassador to the Republic of Seychelles, Union of the Comoros, and the Republic of Mauritius. Before joining government, he served as a Political Specialist to the US Special Representative for Somalia (SRS) on political affairs and related democracy, governance, and human rights issues. He has also worked for the Government of Canada and Carleton University in Ottawa. Ambassador Hassan studied at Carleton and Moi Universities where he obtained a BA in Political Science and MA in Diplomacy and Foreign Policy respectively.