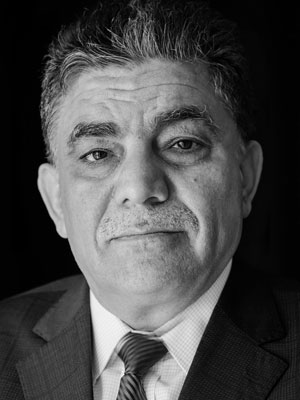 Ghassan Hitto is the Former Prime Minister of the Syrian Interim Government. He is the CEO and Board Member of the Syrian Forum, a leading Syrian organisation dedicated to sustaining, supporting, and rebuilding Syrian lives. For more than 25 years, Ghassan Hitto has worked as a business executive in the United States. Until 2011, he served as Executive Vice President at Inovar Technologies, a telecommunications solutions provider. In 2013, Ghassan Hitto co-founded the Syrian Forum, where he continues to lead comprehensive initiatives focused on critical relief and long-term development for Syria. In 2016, he co-founded Ekosmart, a group of companies focused upon the production of environmentally friendly products. Ghassan Hitto holds Bachelors’ Degrees in Computer Science and Mathematics from Purdue University, Indiana, and a Master’s in Business Administration.