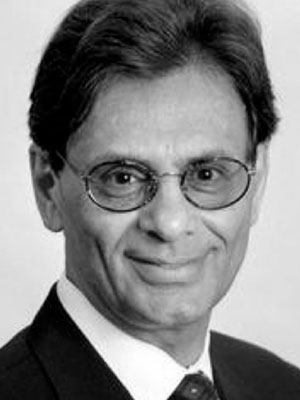 Haroon Siddiqui is an Editorial Page Editor Emeritus from Canada’s largest newspaper, the Toronto Star. He is also a Senior Fellow at Massey College, University of Toronto. He has reported upon or supervised coverage of Canada for 50 years and has written from nearly 50 countries. Haroon Siddiqui is the author of Being Muslim, among other publications. He is the recipient of several awards: The Order of Canada, the nation’s highest civilian honour; the Order of Ontario: The National Press Club’s UNESCO Award; and four citations of the National Newspaper Awards. Haroon Siddiqui has served as a member of the Canadian Newspaper Association, Advertising Standard Canada, the Canadian Civil Liberties Association, and the Ontario Press Council.