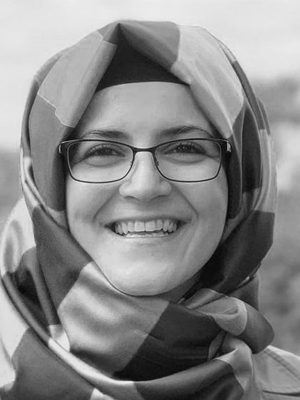 Hatice Cengiz is the fiancée of Saudi journalist Jamal Khashoggi, who was murdered inside the Saudi consulate in Istanbul in October, 2018. Hatice is a Turkish anthropology doctoral student focused on the gulf countries. She has previously lived and studied in Oman, Egypt and Jordan. Since Khashoggi’s assassination, she has led a campaign for justice, calling on the international community to hold those responsible for Jamal’s murder to account. She has published opinion pieces in the New York Times and the Washington Post, testified before a congressional subcommittee, and given numerous interviews on the topic.