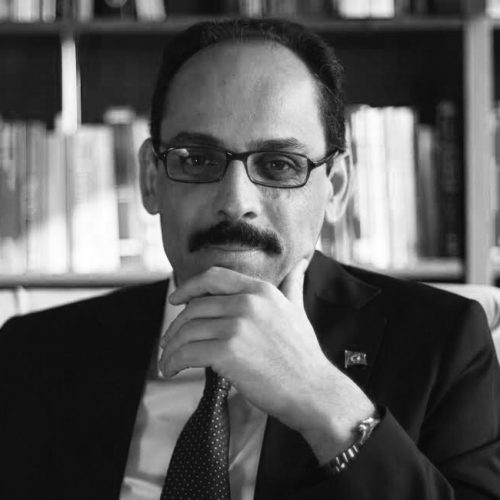 Spokesperson to the President of Turkey,

Ibrahim Kalın is the founding-director of the SETA Foundation for Political, Economic and Social Research based in Ankara, Turkey and served as its director from 2005 to 2009. He previously served as Assistant Undersecretary of State and Senior Advisor to the Prime Minister of Turkey before taking up his current post. A graduate of Istanbul University, he received his Ph.D. from the George Washington University. As a broadly trained scholar of philosophy and Islamic studies, Dr. Kalın has taught courses and published widely on Islamic philosophy, comparative philosophy, Islam-West relations and Turkish foreign policy.