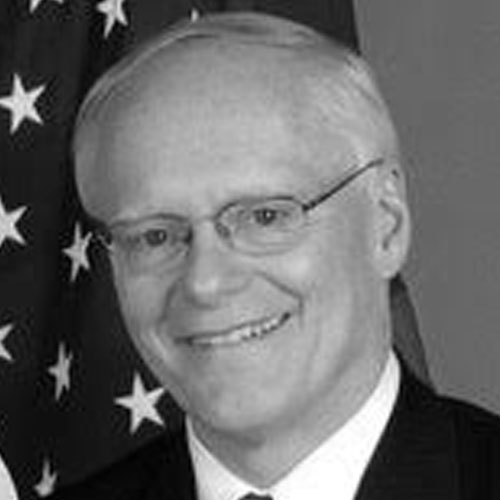 James F. Jeffrey retired from the Foreign Service with the rank of Career Ambassador in June 2012. In 2018 he served as a representative for Syria Engagement and the Special Envoy to the International military intervention against ISIS. He has held senior assignments in Washington and abroad, including as US Ambassador to Iraq (2010–2012), Turkey (2008–2010), and Albania (2002–2004). Between 2006-2007 he served as Principal Deputy Assistant Secretary for the Bureau of Near Eastern Affairs at the Department of State. He also served as Assistant to the President and Deputy National Security Advisor in the Bush Administration. Between 2012 and 2018, Jeffrey was the Philip Solondz Distinguished Visiting Fellow at The Washington Institute for Near East Policy, Visiting Instructor at George Washington University, Energy Consultant for APCO, member of the SoSi Advisory Council, and member of the Secretary of Defense’s Defense Policy Board and CIA External Advisory Board.