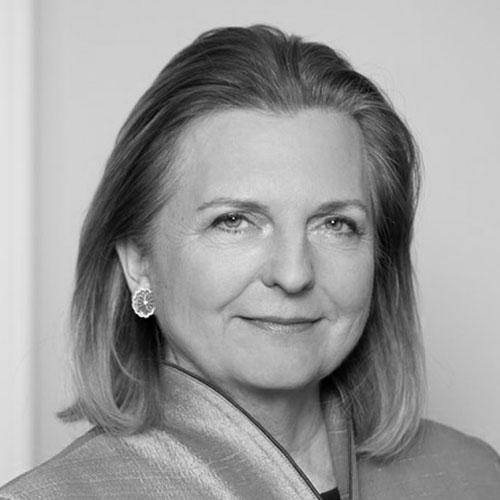 Karin Kneissl served as the Minister of Foreign Affairs of Austria from December of 2017 to June of 2019. Kneissl joined the Ministry of Foreign Affairs in 1990, serving in Paris and Madrid, as well as the ministry’s legal office. In 1998 she left the foreign service to work as an analyst. Since then, she has authored several books on geopolitics and the Middle East and has lectured at various top universities. Kneissl also regularly contributes to Russia Today, Cicero, and several other media outlets. She studied law and Arabic at the University of Vienna and was granted a scholarship for the Hebrew University of Jerusalem 1988, where she completed her thesis research. Kneissl has also studied in Amman and Washington DC and is also a graduate of ENA.