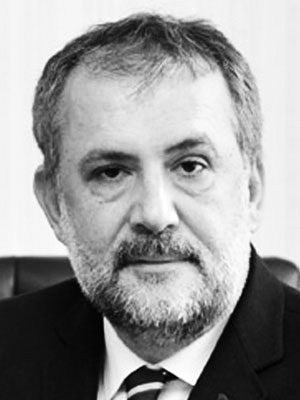 Deputy Minister of Environment and Urbanisation of the Republic of Turkey,

Mehmet Emin Birpınar, prior to being appointed as Deputy Minister of Environment and Urbanization in 2018, served in various positions in the Ministry of Environment and Urbanization, including as Deputy Undersecretary (2013-2018) and the Provincial Director of Istanbul (2003-2012). In 2013, he was elected as the President of the Bureau of the Barcelona Convention for a two-year term. Since 2015, he has represented Turkey as the Chief Negotiator for Climate Change under the United Nations Framework Convention on Climate Change (UNFCCC). In 2018, he was assigned as the Chairman of Turkey Emlak Participation Bank. Professor Birpınar has published more than a hundred articles and scientific papers in national and international congresses and scientific magazines.