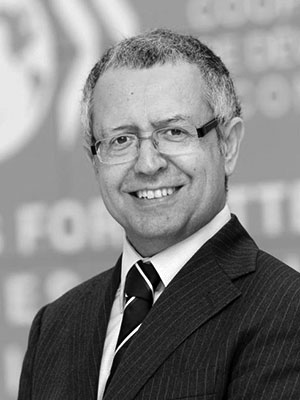 Former Ambassador, Former Chairman of the OECD Executive Committee; Board Member of TSKB,

Mithat Rende served as Ambassador and Permanent Representative of Turkey to the OECD between 2013- 2016.  He also served as Turkey’s Ambassador to Doha (2007-2009), where he was awarded the “Sash of Merit” by the State of Qatar. Ambassador Rende has also served with Turkish Missions in Damascus, Rome, Brussels, Sofia, Vienna and London. He has also published in various academic journals and is a regular lecturer at various universities. His areas of interest include history, archeology, conflict resolution, Middle East politics, maritime law, energy, water and climate change. He is particularly interested in promoting a culture of peace and tolerance in the region and beyond.