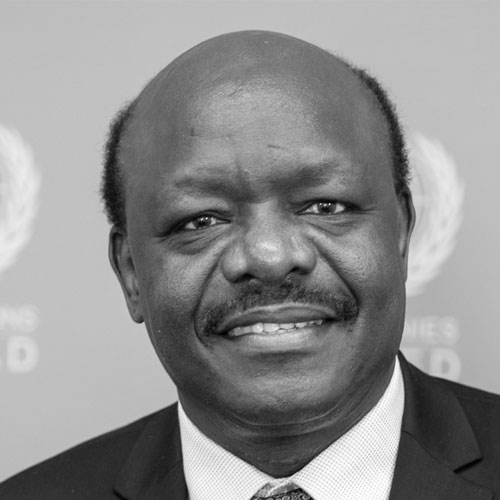 Mukhisa Kituyi has been the UNCTAD’s seventh Secretary-General since 2013. Prior to this, he was Chief Executive of the Kenya Institute of Governance. He also served as a resident scholar and non-resident fellow at the Africa Growth Initiative of the Brookings Institution in 2011 and 2012, respectively. During this time, he also acted as a consultant for the African Union Commission. He was elected to the Kenyan Parliament in 1992 and served as Kenya’s Minister of Trade and Industry from 2002 to 2007. He chaired the Council of Ministers of the Common Market for Eastern and Southern Africa and the African Trade Ministers’ Council. He has also worked as a researcher at Norway’s Christian Michelsen Institute and Programme Director of the African Centre for Technology Studies in Nairobi. Dr. Kituyi received a BA in political science and international relations from the University of Nairobi and Makerere University in Kampala. He has an MPhil and DPhil from the University of Bergen, Norway.