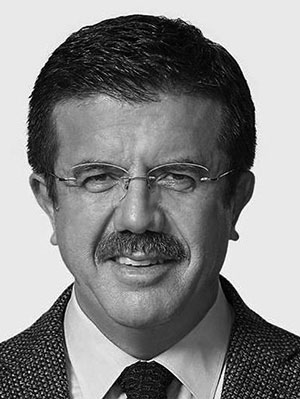 Nihat Zeybekci was born in 1961 in Denizli, a province in Western Turkey. He received his bachelor’s degree in management from Marmara University and his master’s degree from Istanbul University in international relations. From 2004 to 2011, he served as the Mayor of Denizli, representing the AK Party. From 2013 to 2015 and 2016 to 2018, he served in the Turkish Cabinet as Minister of Economy. In the 2019 Local Elections, he was the AK Party’s candidate for the Metropolitan Mayoral position for Izmir, Turkey’s third largest city. Mr. Zeybekci speaks English and German.