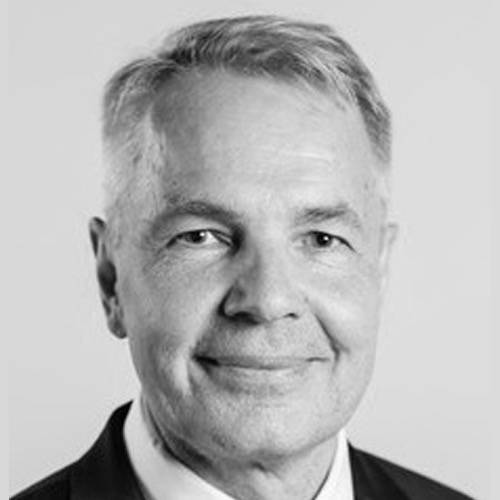 Pekka Haavisto was a Member of the Finnish Parliament from 1983 to 1995 and was returned to Parliament in 2007. From 1995 to 1999, he served as Minister of Development and the Environment and from 2013 to 2014 as Minister for International Development. From 1993 to 1995 and from 2018 to 2019, he served as leader of the Green Party in Finland. He has also served for several years as a member of the Helsinki City Council. He stood as a candidate in the Finnish presidential elections in 2012 and in 2018. He has a wide array of experience in various areas of foreign policy, including chairing UN Environment Programme (UNEP) task forces on the environmental impacts of wars in the Balkans, Afghanistan, Iraq, Liberia, the Occupied Palestinian Territories and Sudan. He has also worked as the EU Special Representative for Sudan and Darfur, Special Advisor for the UN (ASG) in the Darfur peace process, and Special Representative to the Minister for Foreign Affairs in African crises.