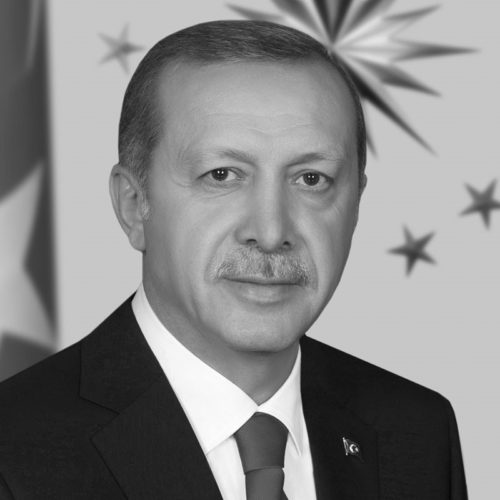 PRESIDENT OF THE REPUBLIC OF TURKEY,

Recep Tayyip Erdoğan has served as the President of Turkey since August 10, 2014 and is the first President of Republic of Turkey elected by popular vote. He is also the founder and Chairman of the Justice and Development Party. The first major breakthrough in Mr. Erdoğan’s career was his election to the office of the Mayor of Metropolitan İstanbul. There, he was able to solve some of the most chronic problems facing the city such as clean water, garbage collection and traffic congestion. Prior to his presidency, he served as Prime Minister from 2003 to 2014. During his tenure he addressed many issues ranging from democratisation to the economy; expanding democratic rights of Kurds, Alawites and minorities in the country as well as overseeing an increase in per capita income from $3,500 to almost $11,000. Leading a country in one of the most volatile regions of the world, he has been a staunch supporter of regional initiatives and reform in international institutions. President Erdoğan was sworn in on July 9, 2018 as the first President of the new Presidential System, which Turkey adopted following a constitutional amendment approved by a referendum on April 16, 2017.