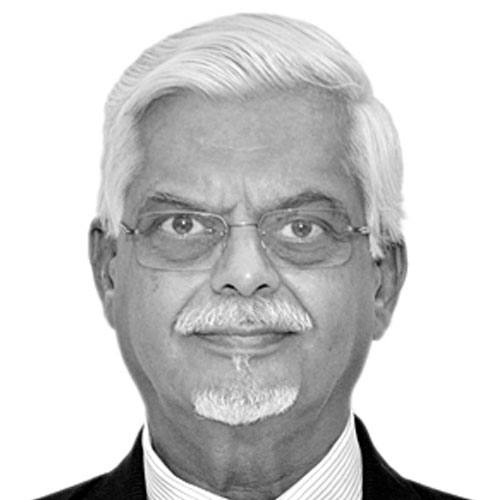 Sanjaya Baru is a Distinguished Fellow at United Services Institution of India (USI). Previously, he was the editor of The Economic Times, Financial Express and Business Standard. He was also a Media Advisor to Prime Minister Manmohan Singh (2004-20909) and Director for Geoeconomics and Strategy, International Institute of Strategic Studies, London (2011-2016). He was Secretary-General for the Federation of Indian Chambers of Commerce & Industry (2017-2018) and the Founder-Trustee of the Forum for National Security Studies. He was a member of India’s National Security Advisory Board (1999-2001), the Governing Board of the Centre for Policy Research. He was also a visiting professor at Lee Kuan Yew School of Public Policy and the Indian School of Public Policy. He was a professor of economics at the University of Hyderabad and the Indian Council for Research on International Economic Relations. He was also a member India-ASEAN Eminent Persons Group. He is an Independent Director on the board of Wockhardt Ltd. His publications include The Strategic Consequences of India’s Economic Rise; India and the World: Essays on Geo-economics and Foreign Policy.