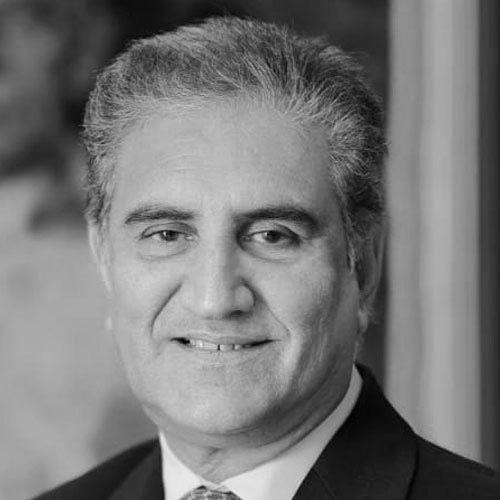 Minister Qureshi has served as Minister for Foreign Affairs for Pakistan since 2018, having also held the position from 2008 to 2011. The Minister began his political career in the District Council and Provincial Assembly of Punjab. While he was a member of the Provincial Assembly, he served as Minister of Planning and Development and Minister of Finance. He was also Mayor of Multan from 2000 to 2002. Minister Qureshi is a member of the National Assembly and served as the Minister of State for Parliamentary Affairs in the Federal Cabinet. Today, the Minister is also Vice Chairman of the Pakistan Tehreek-e-Insaf political party. Minister Qureshi holds a BA from Forman Christian College, and a master’s degree in Law & History from Corpus Christi College, University of Cambridge.