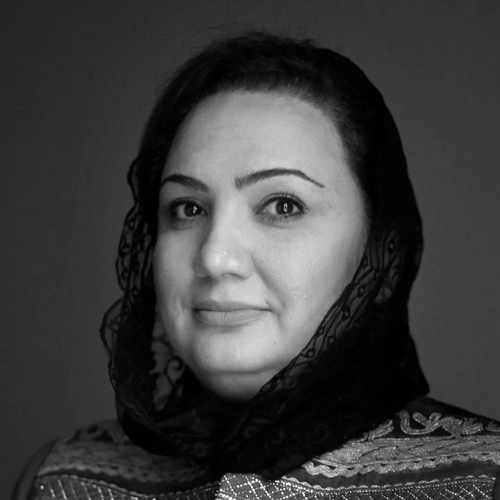 Shukria Barakzai is an Afghan politician, journalist and prominent Muslim feminist. She has a higher Bachelor’s degree in Hydro- Meteorology and Geophysic from Kabul University. Additionally, she has had over 20 years of experience in legislation and lawmaking. She was the Ambassador of Afghanistan to Norway and was the founder of the Afghan Female Journalists Association and director of the Asian Women Organisation. She was also Chief Editor of Aina e Zan (Women’s Mirror). In the 2005 elections, she was elected as a member of the Afghan Parliament. She is one of only a handful of female MPs who speak up for women’s rights.
World Press Review named Barakzai International Editor of the Year in 2004. In December 2005, she was named Woman of the Year by the BBC Radio 4 programme Woman’s Hour, and She has won Prize for Human Rights in Italy. She was among the Foreign Policy magazines ‘100 Leading Global Thinkers’ in 2015. She is also among the 2000 Outstanding Intellectuals of the 21st Century.