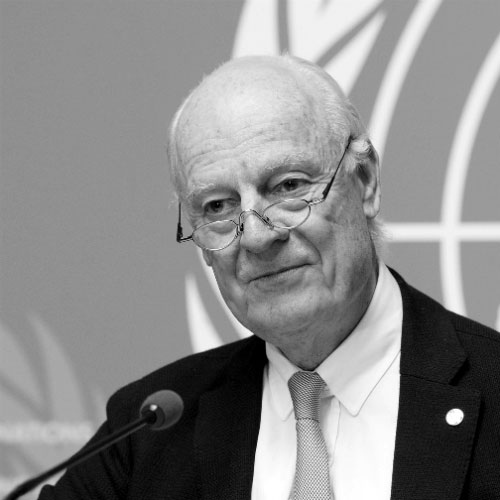 Staffan de Mistura is the Special Envoy for Syria of the United Nations Secretary-General. Prior to this, he served as the Special Representative of the Secretary-General in Iraq (2007-2009) and Afghanistan (2010-2011), as well as Deputy Italian Foreign Minister. During a career of over four decades with United Nations agencies, he has served in numerous conflict zones directing complex relief operations in Sudan, Ethiopia, Albania, Afghanistan, Iraq, Lebanon, Bosnia and Somalia.