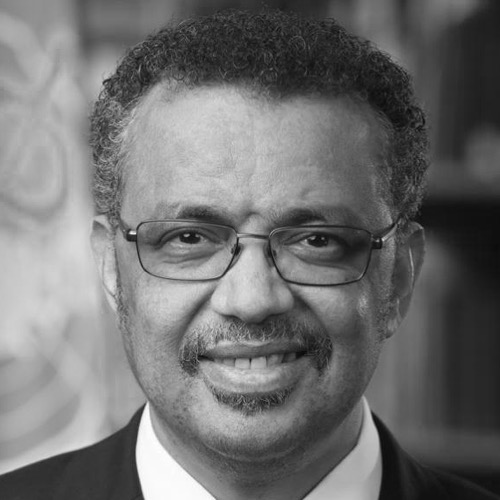 Dr. Tedros Adhanom Ghebreyesus was elected as WHO Director-General in 2017. He is the first person from the WHO African Region to serve as the WHO’s chief technical and administrative officer. Prior to this role, Dr. Tedros served as Ethiopia’s Minister of Foreign Affairs from 2012–2016 and Minister of Health from 2005–2012. He was elected as Chair of the Global Fund to Fight AIDS, Tuberculosis, and Malaria Board in 2009, and served as Chair of the Roll Back Malaria Partnership Board and Co-chair of the Partnership for Maternal, New-born, and Child Health Board. He holds a Ph.D. in community health from the University of Nottingham and a MSc in immunology of infectious diseases from the University of London. He has published numerous scientific articles, received the Decoration of the Order of Serbian Flag, and was awarded the Jimmy and Rosalynn Carter Humanitarian Award.