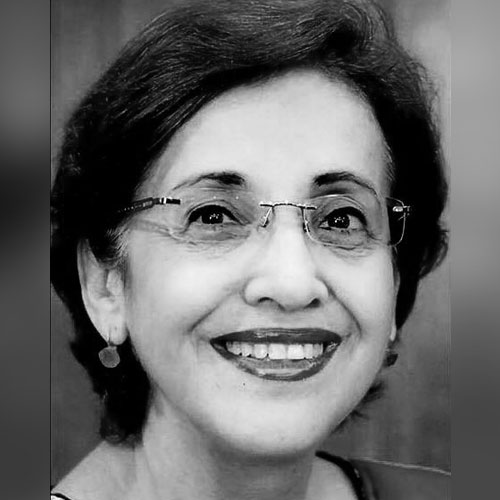 Tehmina Janjua was appointed as Pakistan’s Foreign Secretary in 2017, becoming the first woman to hold the highest career position in the Ministry of Foreign Affairs. She was also the Ambassador & Permanent Representative to UN Geneva, Ambassador to Italy, accredited to Albania, Slovenia, FAO, IFAD, WFP, and served at UN New York. Janjua was the spokesperson of the Foreign Ministry, Director-General of Strategic Planning. She represented Pakistan in several International Conferences.
Janjua presided over the Geneva-based Conference on Disarmament in 2016 and was the first woman and the first developing country representative to preside over the Review Conference of the Convention on Certain Conventional Weapons in 2016. She is currently a member of Pakistan’s Advisory Council on Foreign Affairs.

She holds a Masters degree in International Affairs from Columbia University and French Language & Literature from Quaid-e-Azam University.