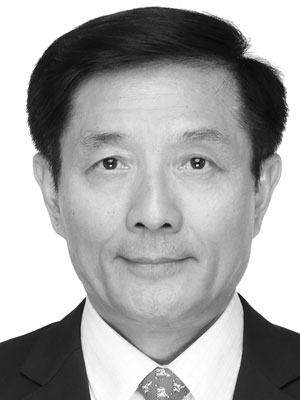 Former Ambassador of Qatar, Jordan and Ireland, Member for the Advisory Committee and Arab States Expo’ of the Ningxia Hui Autonomous Region, China,

Yue Xiaoyong has a PhD in Political Science from Peking University. From 1984 until 1986, he served in the Foreign Service of the Chinese Government as an Attaché for Australian and New Zealand Affairs in the Department of American and Oceania Affairs. During more than 30 years in diplomacy, he served as a Director-General in the Research Office of the State Council of the People’s Republic of China from 2005 until 2007. He was the Ambassador Extraordinary and Plenipotentiary to the State of Qatar from 2007 until 2010, to the Hashemite Kingdom of Jordan from 2010 until 2013, and to the Republic of Ireland from 2016 until 2019. Yue Xiayong served as the Ambassador of MOFA for Policy Planning Affairs and Coordinating Foreign Policy Planning Dialogue for member states in the Shanghai Cooperation Organization from 2014-2016. He has been a member of the Advisory Committee on China-Arab States Expo’ for the Ningxia Hui Autonomous Region of China since 2014.