India and Pakistan: A Case Study in Crisis Management​ 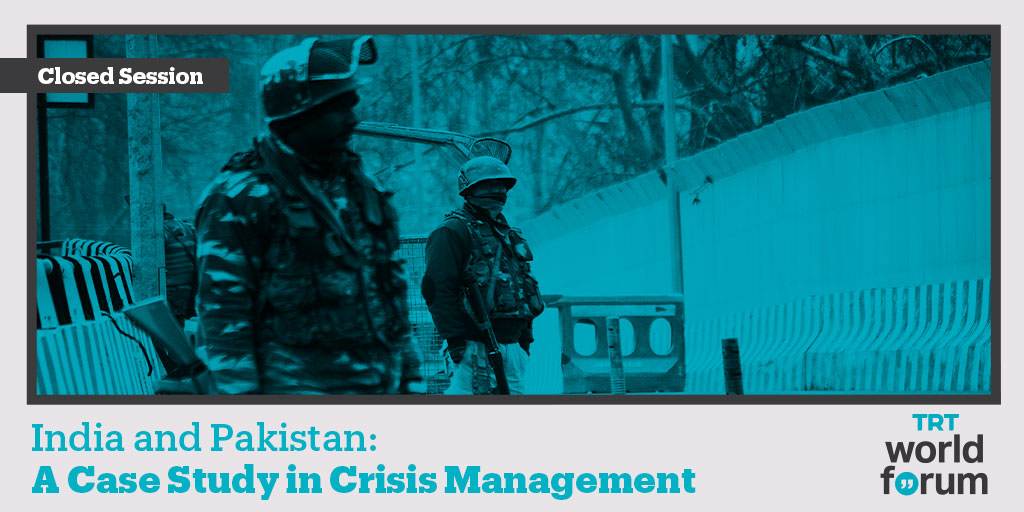 Under the auspices of TRT World Forum 2019, a closed session was held to debate ‘India and Pakistan: A Case Study in Crisis Management’. The discussion during this session primarily remained focussed on the issue of Jammu and Kashmir particularly in the backdrop of India’s decision to end the special status of the Indian Administered State of Jammu and Kashmir on 5th of August 2019. The debate helped in under- standing the historical development and political context of the issue, while also deliberating upon the crisis management strategies employed by both South Asian neighbours.

The workshop panel included authentic voices from Pakistan, India and the Kashmiri community who have worked on the Pak-India relation- ship. They also have first-hand knowledge of crisis management processes and mechanisms employed by both countries. Additionally, they were able to shed light on differing historical perspectives on the Kashmir issue between India and Pakistan, and to also talk about the agency of the Kashmiri people themselves. The panellists were able to give their estimate of the current crisis in Kashmir, how it has been playing out domestically within both India and Pakistan, as well as on the International political scene. The deliberation between three esteemed voices on the issue also echoed the sharply differing conceptions of reality and truth held by both sides. The panellists representing Pakistan and Kashmir remained in agreement on most of the points discussed during the session, while the Indian panellist disagreed with most of these assertions and gave an alternative perspective of the discussion.

Umer Karim is a visiting fellow at RUSI where he focuses on Pakistan’s evolving political and security environment within its neighborhood. He is also a doctoral researcher at the Department of Political Science and International Studies, University of Birmingham. His academic research focuses on Saudi Arabian Foreign Policy and Politics, in particular Saudi-Iran regional rivalry and the broader geopolitics of the Middle East. Umer’s work has appeared in academic journals and mainstream news sources alike.