NATO under the Gun: The Emergence of New Security Challenges - TRT World Forum

NATO under the Gun: The Emergence of New Security Challenges 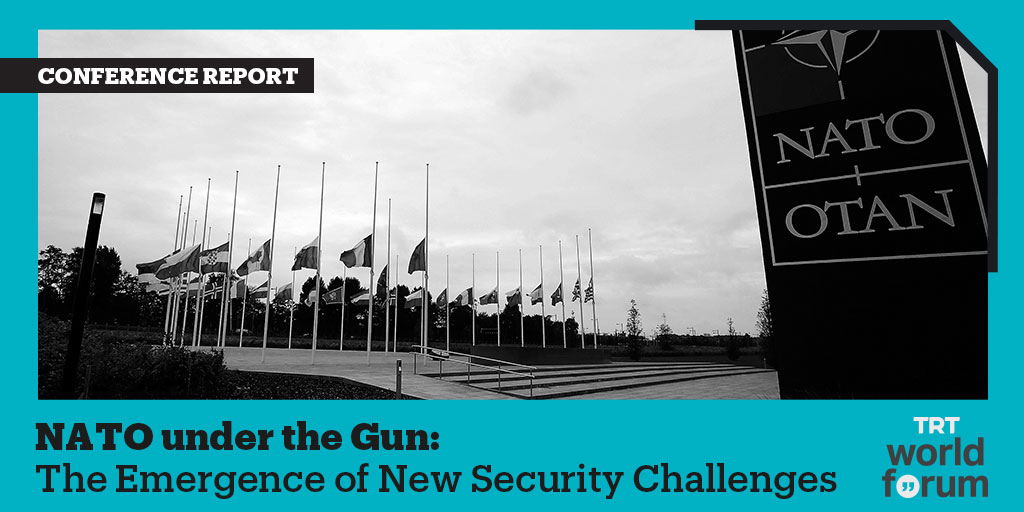 The session ‘NATO under the Gun: Emergence of New Security Challenges’ discussed the efficacy and relevance of NATO in the face of new security challenges.

The keynote speaker, Turkish Defence Minister Hulusi Akar, underlined the importance of NATO in ensuring transatlantic security since the end of Second World War. Minister Akar, then elaborated on the new security challenges as being transnational terrorism, hybrid and cyber warfare and other emerging and disruptive technologies such as artificial intelligence, nanotechnology and autonomous systems and their impact to the traditional rules based security order. He then discussed how NATO can tackle these challenges. Lastly, Minister Akar mentioned Turkey’s importance for the NATO alliance and the challenges that Turkey is facing from terrorist organisations such as Daesh and the PKK/YPG. Finally, he explained how Turkey’s ‘Operation Peace Spring’ aims to eliminate these terrorist elements from the region.

Tacan İldem, Assistant Secretary-General for Public Diplomacy at NATO discussed Turkey-NATO cooperation in the context of ‘Operation Peace Spring’ and how NATO recognises the legitimate security concerns of Turkey.
Jan Vincent-Rostowski, Former deputy PM and Finance Minister of Poland drew attention to NATO’s role as being not just a mutual collective security organisation, but also the guardian of the rules-based international order. He pointed out that NATO’s role as the protector of rules-based order has been compromised by President Trump and he argued that that is the central problem for NATO today.

Yavuz Selim Kıran, Deputy Minister of Foreign Affairs of Turkey, underlined Turkey’s significance for the NATO alliance and discussed the necessity of ‘Operation Peace Spring’ for Turkey’s security. Deputy Minister Kıran highlighted the importance of unified action for NATO and its members.

Aleksei K. Pushkov, Chairman of the Commission on Information and Media of the Federal Assembly of the Russian Federation, spoke on the relations between NATO and Russia. Pushkov argued that while Russia has no conflict with any NATO members, there is no dialogue between NATO and Russia, arguing that this is very dangerous and suggested that the dialogue needs to be re-established.

Finally, Luke Coffey, Director of the Foreign Policy Studies at The Heritage Foundation, criticised Obama administrations support to YPG and said that the region is still paying the price of this policy. On NATO, Coffey argued that NATO should get back to the basics of territorial defence. According to Coffey the organisation does not need to be everywhere, instead it should focus on the North Atlantic region.