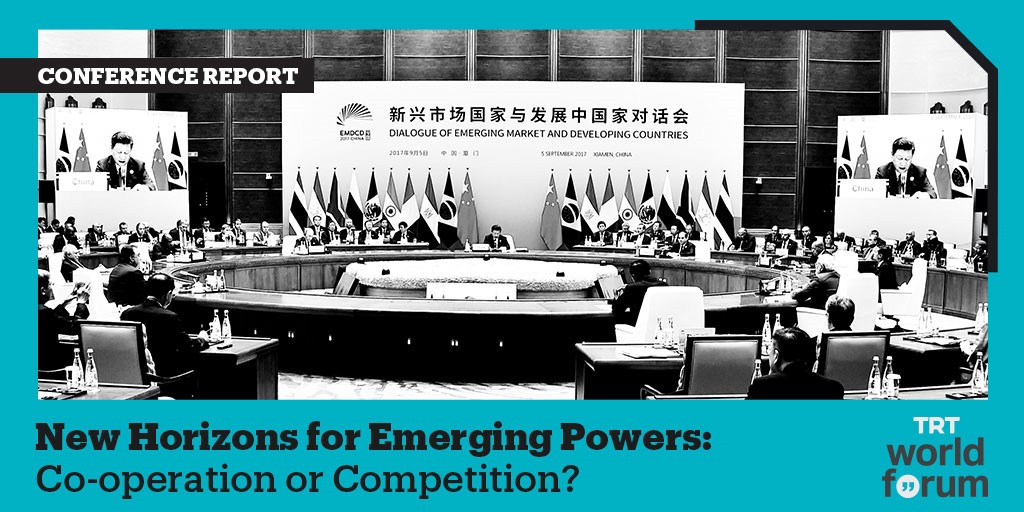 The panel “New Horizons for Emerging Powers: Co-operation or Competition?” discussed the future of the world that rests on the relationship between developed and emerging states.

Minister of Treasury and Finance of Turkey, Berat Albayrak, in his keynote speech, stated that the world needs a new vision to address modern-day challenges and reduce tensions. Protectionist and economically conservative policies can be damaging for emerging markets while the promotion of free trade can be beneficial for all parties. He further stated that despite all the negativity, such as terror threats, financial manipulations and an ongoing refugee crisis, the Turkish economy is giving positive signals thanks to the economic reforms against instability and inflation, and hard work to achieve the goal of being a global economic powerhouse.

The global economy continues to steadily shift towards the East while emerging powers such as China and India await their time to shape a new world order. However, this shift is not painless as many suggest. Rafidah Aziz argued that trade wars, active and frozen conflicts and unstable socioeconomic dynamics lead to an insecure environment, which puts the development of emerging states at risk. While trying to avoid the consequences of damaging clashes between the developed countries, emerging powers are also trying to solve the dilemma they often face between cooperation and competition.

A debate took place among panellists on the importance of striking a balance between cooperation and competition. All of them agreed that cooperation is a necessity of the modern world while endorsing positive competition that benefits all. Andrey Bystritskiy expressed his hope for the future while comparing today with the struggle and instability after the dissolution of the USSR. In this regard, Leung Chun-Ying mentioned the importance of free travel and free trade in the globalised world and argued that the connectivity of the people is the key to the future of cooperation. Eduardo Duhalde stated the importance of cooperation among regional states. Hence, he admired the European Union and stated that Latin American countries still focused on competition and rivalries rather than forming an EU like platform. On the other hand, Rafidah Aziz added her support for a close working relationship between the public and private sectors for the elimination of the gap between developed and emerging countries.