The EU: A Vote of No Confidence? - TRT World Forum

The EU: A Vote of No Confidence? 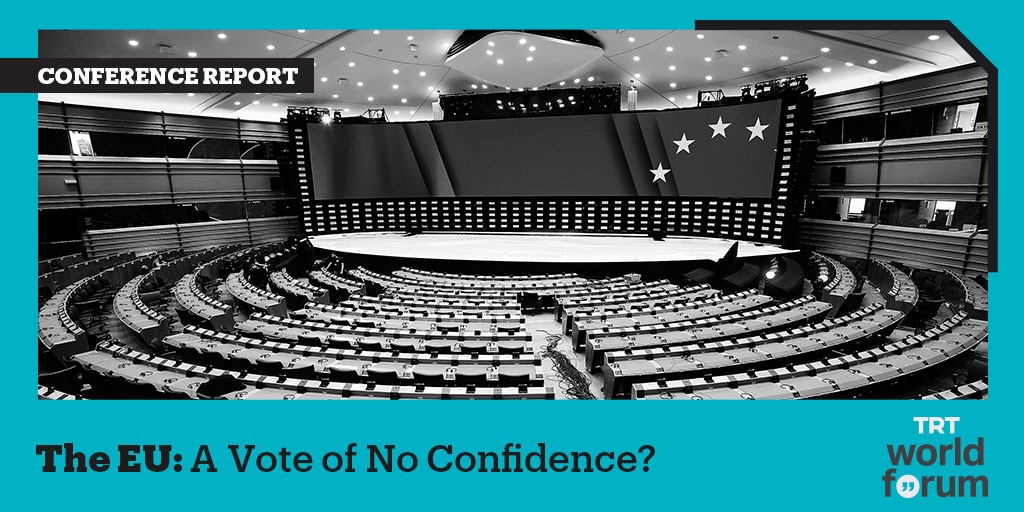 The panel “The EU: A Vote of No Confidence?” discussed the future trajectory of the EU regarding the latest developments including Brexit, economic challenges, the refugee crisis, the enlargement process, Turkey’s accession process and the EU values.

Commenting on the Brexit, Sayeeda Warsi stated that the Brexit campaign was xenophobic and grounded on misrepresented political and economic challenges. Warsi added that the biggest challenge for the EU is the democratic deficit when it comes to representing the demands of member states in EU institutions. This is in addition to the failure to respond to changing demands of member states, and lack of robust financial accountability.

In reaction to the claims regarding a democratic deficit in the EU’s decision-making process, Anna Maria Bildt pointed out that there has been a fundamental misconception that the commission takes decisions, which, in reality, are taken by heads of state or elected parliamentarians. Bildt added that despite the media representation, consensus for the European Union has been increasing in all twenty-eight member states with the exception of Italy.

Regarding the implications of Brexit, Esko Aho stated that Brexit will mark the end of the beginning of exists because of difficulties and unintended consequences that the UK is facing. Aho also added that democracy and the market economy have failed because of failure to find new methods and policies to address emerging problems.

Faruk Kaymakcı stated that EU leaders’ hesitant attitudes during the July 15, 2016 coup attempt in Turkey created trauma for both the Turkish public and administration and led to a loss of confidence. Kaymakcı also noted that the way that EU is acting towards new members, as well as the candidate countries, is creating further division and therefore not serving the interests of Europe.

Describing the EU as the advanced version of the idea of Europe, Ivo Josipovic stated that despite challenges and doubts about its future, European nations are going to understand that the EU is the most suitable frame for development and security and the only way to be competitive in the global market. The current crisis of the EU is in part the result of the politicians’ selfish policies.