The Future of the Global Liberal Order: Challenges and Prospects - TRT World Forum

The Future of the Global Liberal Order: Challenges and Prospects 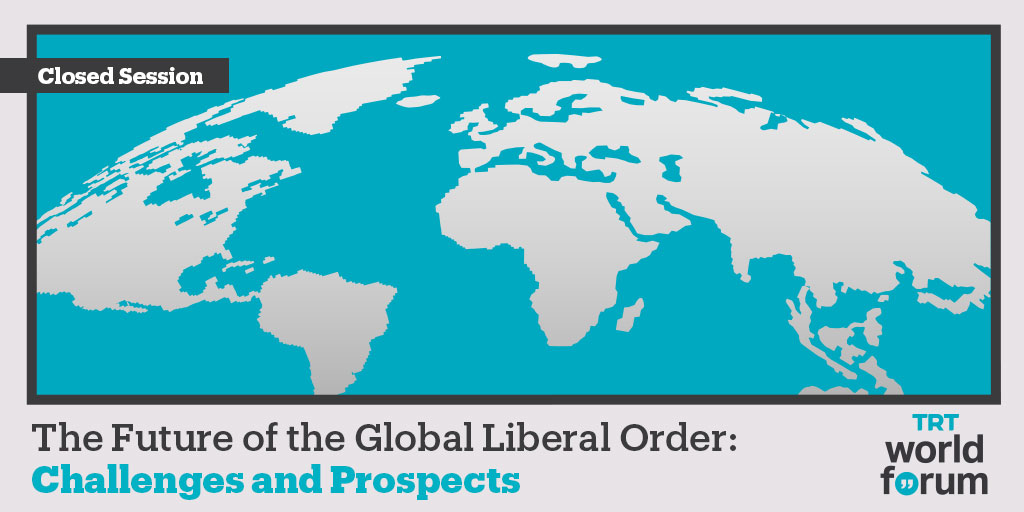 On October 22, 2019 TRT World Research Centre held a roundtable meeting titled “The Future of the Global Liberal Order: Challenges and Prospects”. This was part of a series of roundtable meetings in the two-day TRT World Forum 2019, which included 12 public sessions and 15 closed sessions and nine keynote speeches and exclusive talks. This roundtable meeting was held in English under the Chatham House Rule. It stipulates that ‘when a meeting, or part thereof, is held under the Chatham House Rule, participants are free to use the information received, but neither the identity nor the affiliation of the speaker(s), nor that of any other participant, may be revealed.’

In recent years, the international liberal order has come under attack from different political forces around the world. Ultra-nationalists are increasingly calling for more restrictions on the flow of ideas, goods, and people. Obstacles are being erected at international borders as well as in cyberspace. Distortions of the world trading system, including tariffs, quantitative restrictions or prohibitions on imports are also being imposed. To top it all off, the detractors of the international order consider globalism, multiculturalism and immigration as the nemesis of traditional identities. Moreover, traditionally global liberal institutions have struggled to articulate a common cultural, economic and political vision, while at the same time continuing to articulate a Universalist worldview so as to denigrate those who may seek to resist. While the global liberal order has its problems and shortcomings, such as its failure to establish a fair and legitimate distribution of power between its members, the system has managed to establish a certain level of cooperation that has so far prevented war, famine and disease on a global scale. So far, the challengers of the global order have done so primarily on a national scale. Little has been said about their plans, or any plans for that matter, concerning the supra-national level. If the liberal order is collapsing, what new kind of global order might replace it?

Şener Aktürk is an Associate Professor at Koç University in Istanbul and Senior Researcher at TRT World Research Centre. He received his B.A. and M.A. from the University of Chicago, and his Ph.D. in Political Science from the University of California, Berkeley. He was a post-doctoral fellow in the Davis Center for Russian and Eurasian Studies, and a visiting lecturer in the Department of Government, both at Harvard University. His book, Regimes of Ethnicity and Nationhood in Germany, Russia, and Turkey (Cambridge University Press, 2012) received the 2013 Joseph Rothschild book prize from the Association for the Study of Nationalities and the Harriman Institute at Columbia University. His articles were published in World Politics, Post-Soviet Affairs, Journal of Ethnic and Migration Studies, Social Science Quarterly, European Journal of Sociology, Turkish Studies, Middle Eastern Studies, Osteuropa, Nationalities Papers, Theoria, Ab Imperio, All Azimuth, Insight Turkey, Turkish Policy Quarterly and Central Eurasian Studies Review, among others.