The Future of Turkey-US Relations: Political and Security Dimensions 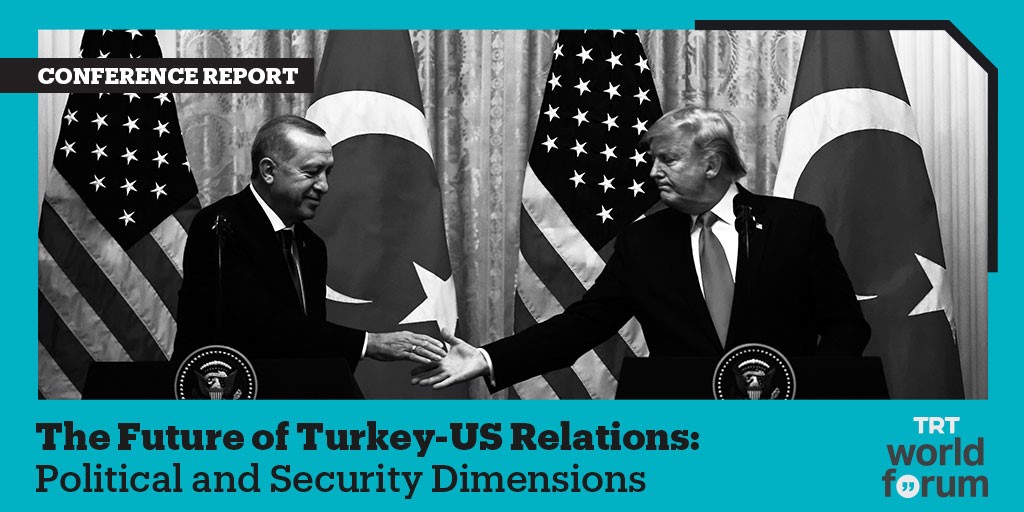 The Panel “The Future of Turkey-US Relations: Political and Security Dimensions” discussed the roots of the current tension between Turkey and the US and its future trajectory.

Regarding the alignment between the US and PKK’s Syrian offshoot, the YPG, Kılıç Buğra Kanat highlighted that a pattern characterized by US disregard of Turkey’s security concerns has been going on since the 1990s. Kanat pointed out the US neglected Turkey’s concerns regarding the PKK presence on the Iraqi border during the First and Second Gulf Wars, which happened again in Syria when the US-allied with the YPG terror group.

Michael Doran stated the US officials were aware that they were essentially working with the PKK when they allied with the YPG in Northern Syria starting from Obama’s second term. Yet, they convinced themselves that it would be temporary, tactical, and transactional. Additionally, Doran claimed that the US failed to recognise how much they infuriated Turkey by lending international legitimacy to the YPG by allying with them and offering mediation.

Matthew Bryza pointed out that there is a flawed understanding of Turkey in the US, which is based on a lack of understanding. Bryza further claimed that President Trump does not seek allies and multilateral mechanisms based on the belief that the US is the strongest power and gets its way better in bilateral relations.

Regarding the extradition of Fethullah Gulen -the leader of the FETO (Fetullah Terrorist Organisation) – Çağrı Erhan pointed out that despite evidence presented by Turkey documenting that FETO orchestrated the coup attempt on July 15, 2016, the US has refused extradition. Erhan further claimed that the extradition decision has now become a political decision rather than a judiciary one.