The Gulf Crisis Two Years On: What Does the Future Hold?​ - TRT World Forum

The Gulf Crisis Two Years On: What Does the Future Hold?​ 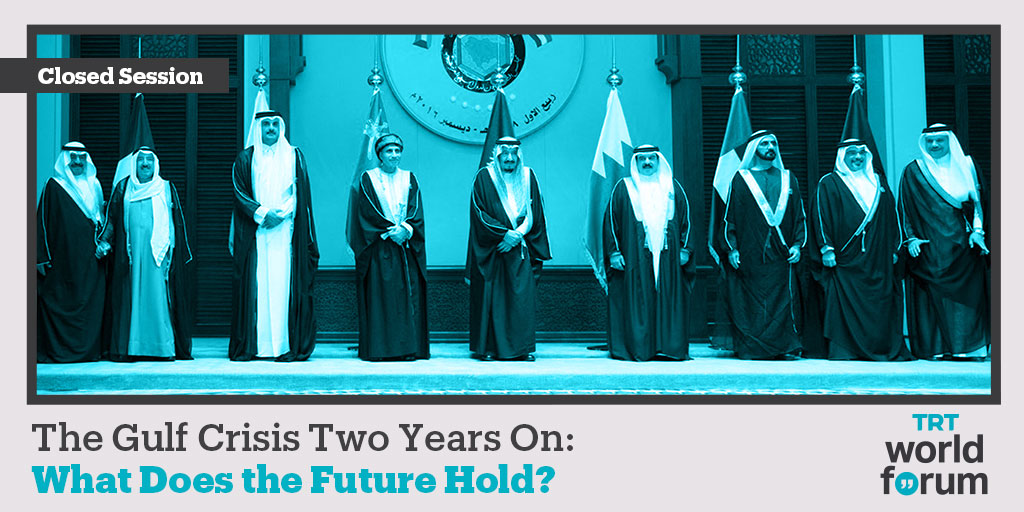 In June 2017, a Saudi-led coalition that included the United Arab Emirates (UAE), Bahrain and Egypt cut their diplomatic relations with Qatar and imposed a land, air and sea blockade on the small Gulf state. The blockading countries accused Qatar of supporting ‘terrorism’ and released a list of 13 demands: the demands included severing ties with Iran, the Muslim Brotherhood in Egypt, and terrorist organisations such as Daesh and al-Qaida. The group also wanted Qatar to hand over figures who were wanted by Saudi Arabia, the UAE and Bahrain. Despite international calls to end the siege, the crisis remained unresolved. For its part, Qatar has sought cooperation with Turkey, Iran and Russia as means of counter-acting the effects of the blockade. Additionally, in December 2018, Qatar first announced its decision to quit the Organization of the Petroleum Exporting Countries (OPEC), and a few days later Qatar’s Emir was absent from the 39th Gulf Cooperation Council (GCC) Summit in Saudi Arabia. Recently, the tension between Qatar and the UAE was witnessed during the 2019 Asian Cup semifinal match between the two countries. Regional tensions therefore persist, and they have been affecting these countries’ stand in the international arena. This session aims to identify the results of the Gulf Crisis by focusing on regional tensions and the new alliances that have emerged in the region.

Dr. Tarek Cherkaoui is Manager at TRT World Research Centre. Dr. Cherkaoui has an extensive experience in strategic management, research, and consultancy across international media, tertiary education, and the creative industries throughout the U.K., Qatar, Malaysia, and New Zealand. He is an expert in international media and strategic communications, and holds a Ph.D. in Media and Communication Studies from the Auckland University of Technology in New Zealand, for which he was awarded the Dean’s Award for Excellence in Postgraduate Studies. His research interests include international broadcasting, media discourse, international news framing, information warfare, public diplomacy, soft power, nation branding, image management, crisis communication, and political and military affairs – specifically within the MENA region. He has put forward several publications, including The News Media at War: The Clash of Western and Arab Networks in the Middle East (2017) (London: I.B. Tauris). As an academic, strategic communications researcher, and a senior manager within organizations, Dr. Cherkaoui displays excellent interpersonal and communication skills with fluency in four languages – English, French, Arabic, and German.