The Threat of Far-right Extremism: War on Terror 2.0? 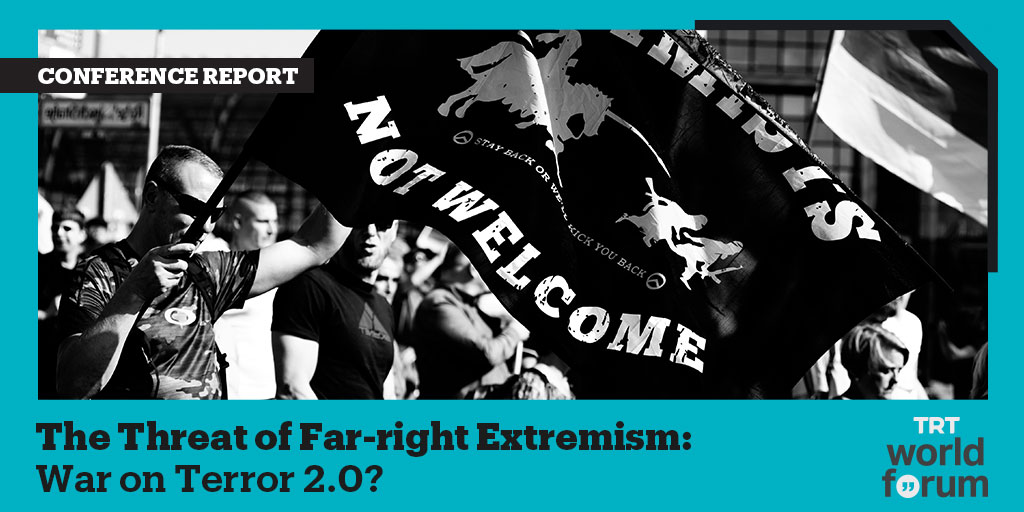 The session ‘the Threat of Far-Right Extremism’ discussed the divergent understandings of terrorism, the reasons behind the rise of far-right, the role of social media, the challenges that come with it and how to tackle these problems.

Bosniak member of the Bosnian Presidency Sefik Dzaferovic stated that extremism and terrorism can be overcome through solidarity and cooperation. In this regard, he pointed out that no terrorist should be related to any religion and ethnicity. He also argued that the idea that different cultures and civilizations can co-exist together in peace should be promoted as a response to extremism and focused on the Bosnian experience as an example.
Haroon Siddiqui stressed the need to hold social media platforms responsible with regards to the spread of extremist voices. According to him while states should be passing rules and regulations, these outlets should be partners in creating a solution to this problem.

Lord Richard Balfe emphasized the importance of not associating any religion with terrorist acts. He also stated that terrorism is not a new phenomenon, but today terrorists can link with each other easily due to changes in communication and this situation poses new threats that require new responses.

Talip Kucukcan argued that there is a selective reading concerning the issue of terrorism and incidents related to far-right extremism are not tackled adequately. Moreover, he said far-right populist parties are capitalising on people’s grievances to justify and legitimise their anti-pluralist, anti-universalist, anti-Semitic, anti-Muslim actions.

On the other hand, Shadi Hamid stated that despite their very problematic views, right-wing populist parties have the right to express themselves as long as they are not inciting violence. He commented that a clear distinction between far-right parties and extremists needs to be made. He further added that, rather than focusing on problematizing right-wing populist parties, the reasons behind their rise need to be acknowledged and addressed.
Focusing on social media and violent extremism, Meghan Squire said that due to technological developments propaganda spreads faster and more effectively today. She stated that these changes in online radicalisation result in the need for finding new ways to fight these problems.