Trade Wars and the Risks to Global Growth 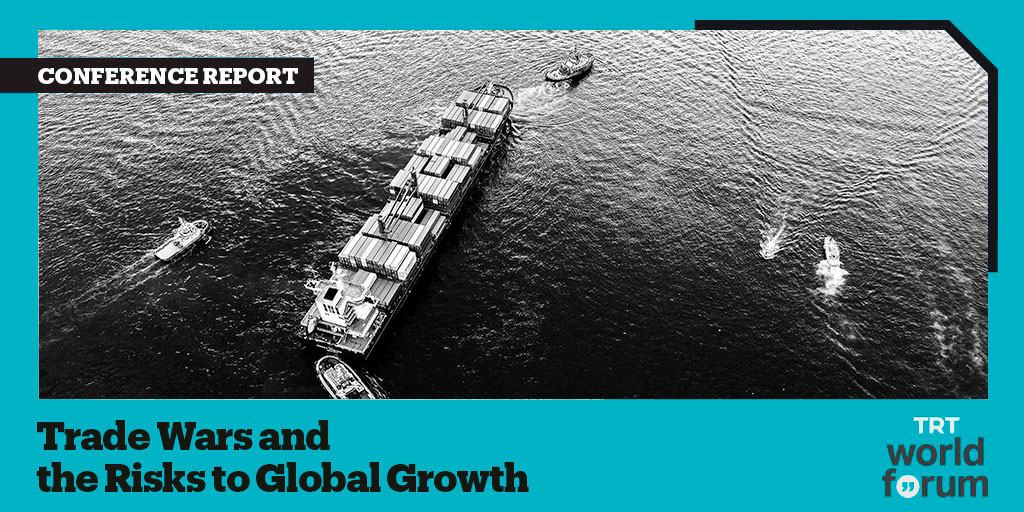 The panel “Trade Wars and the Risks to Global Growth” discussed how trade wars, protectionist economic policies, sanctions and tariffs are harmful to global economic growth, peace and prosperity.

Former Prime Minister of Turkey Binali Yıldırım, stressed the fast-changing dynamics in the world economy and politics. He emphasised the rise of China and other emerging economies in light of globalisation and the digital revolution of the 2000s. He further discussed how trade wars are destructive and harmful to global economic growth by not only impacting the parties to the conflict, but also the rest of the world as a result of the high degree of interconnectedness that characterises today’s global economy.

Yıldırım also emphasised how terror and violence are economically destructive given that billions of dollars are spent on counter-terrorism efforts that could be spent on more productive sectors. Yıldırım highlighted that $14.3 trillion was being spent annually on counter-terrorism around the world, accounting for 13.5 per cent of global GDP. Yıldırım added that if this money could have been allocated for the assistance to the people in need in the developing world, there would be no drought, no hunger, no unemployment, and no homelessness.

Turkey is one of the countries that has suffered the most from terrorism for in the past 35 years. According to the former prime minister, the cost of terrorism to Turkey’s economy has been $1.5 trillion. Emphasising on the amount of money spent on counter-terrorism efforts, he pointed out that if there was no terror threat, Turkey could have used that money for the wellbeing of its people.

The structure of the United Nations Security Council was also discussed. He argued that the current system, which privileges the five permanent members of the Council, namely the United States, Russia, United Kingdom, France and China is a source of crises rather than solutions.

Yıldırım discussed the refugee and migrant crisis arguing that it is a global problem and therefore requires international cooperation. Yıldırım said that Turkey has taken on an outsized burden as the largest refugee hosting country. He criticised other countries, namely Europe and other wealthy countries for not pulling their weight in tackling the refugee problem.