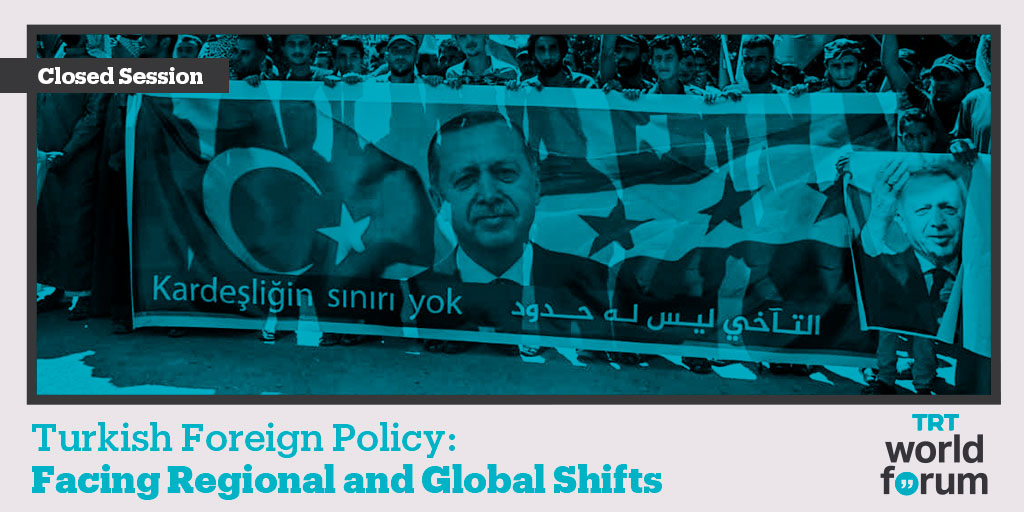 The shifts and challenges in global and regional politics were discussed in the Closed Session, including the key opportunities and challenges for Turkish foreign policy in this transition period. According to speakers who came from different backgrounds, including academic, researcher, politician and diplomat, to expertise on Turkish foreign policy, Turkey has become a more potent actor in international diplomacy and has managed to play a key role in several multilateral organisations. Turkey has sought to share the burden of the great powers by contributing to the resolution of some of the depressing conflicts and crises worldwide. These include the fight against ISIS, the refugee crisis, contributing the development of African countries and Iran’s nuclear development program.

It was argued that the debate about Turkish foreign policy should take note of the changing regional and global context for international relations, such as the tectonic shifts and transitions affecting regional and global levels. These include the decline of US hegemony; the retreat in multilateralism; the emergence of new opportunity windows for rising nations and the rise of populism on a global level. The legitimacy crisis and counter-resolutions in the MENA region, combined with state failure in Iraq, Libya, Syria and Yemen at the regional level, are mentioned as variables with potential impact on Turkey-West relations and on Turkey’s foreign policy decisions, both within the region and beyond.

Dr. Talip Küçükcan is a Professor of Sociology at the Marmara University in Istanbul, Turkey. He was a Member of the Turkish Parliament between 2015 and 2018. Mr. Küçükcan was the Head of Turkish Delegation to the Parliamentary Assembly of Council of Europe and a Member of Foreign Relations Committee. He graduated from Uludag University (1986) and received an MA from the School of Oriental and African Studies, University of London (1990). Küçükcan completed his PhD in Ethnic Relations at the University of Warwick (1997). He worked as a Research Fellow at the Centre for Research in Ethnic Relations at the University of Warwick between 1997 and 1999. Before moving to Marmara University where he became a full professor, he was a Senior Research Fellow at the Center for Islamic Studies in Istanbul until 2007. He served as a Senior Advisor to the President of Higher Education Council of Turkey between 2009 and 2013. He was among the founding team of Foundation for Political, Economic and Social Research (SETA) where he was first Coordinator of Social and Economic Research, then the Director of Foreign Policy Research. He served as the Editor in Chief of Insight Turkey, a policy journal published by SETA until 2015. Küçükcan was the Director of Middle East Research Institute at the Marmara University between 2011- 2014. He is appointed as the Personal Representative of the OSCE Chairperson-in-Office on Combating Intolerance and Discrimination against Muslims for 2014 and 2015. Küçükcan is specialised in foreign relations with a focus on Middle Eastern affairs, Turkey-EU relations, transnational migration, international freedom of religion, security and Muslim minorities in Europe. He is a regular commentator on national and international media.

Ahmet Seçkin is a researcher with TRT World Research Centre. He also leads TRT World`s Talent Project. He completed his MSc is from Kingston University London in Political Science and is in the process of completing a PhD (passed his viva) from the same university focusing on `Turkey-Kurdistan Regional Government energy relations and the peace process between Turkey and the PKK`. Previously he worked for nearly two years in Turkish parliament as an adviser to an MP. Ahmet focuses the Kurdish issue in Turkey and Turkish foreign policy. ​